We’re fortunate to live in a city where there were multiple stores participating in Free Comic Book Day yesterday. We managed to hit two – Heroes & Villains and Charlie’s Comics – before needing to grab lunch and triggering the ‘you just ate? you should nap’ sensation.

I’d read something in a local paper about needing to show up early due to lines forming outside the store… but I foolishly underestimated how large a line that’d be. We showed up about thirty minutes after the event started and found a huge line. Thankfully, we were all sunscreen’d up! 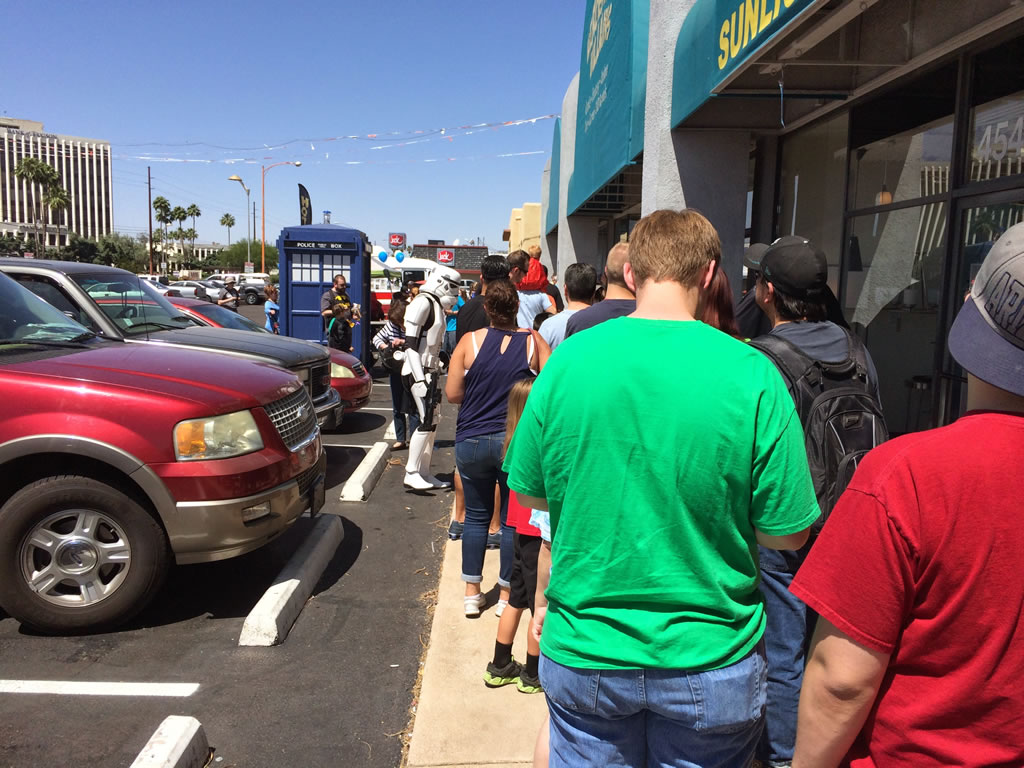 Joey made some new friends while we waited. We’ve run into stormtroopers before, but I think this may have been his first time standing next to an Imperial TIE Pilot. He was pretty jazzed about that. Forgot to ask if these folks were part of Tucson’s branch of the 501st. Unfortunately, Abby hid from me every time I tried to catch her in a photo.

The staff at Heroes & Villains prepped a few craft options for attendees. Joey and Abby skipped making superhero masks and opted for felt lightsaber hilts for otter pops. They couldn’t wait to get home and try them out.

After we left Heroes & Villains, we headed around the block to Charlie’s Comics. It’s a smaller store and had a much calmer atmosphere, but still had a lot of people inside enjoying the day. Martha even ran into an elementary school classmate who’s now a published comic book artist and was doing sketches in the store. I was too distracted by how genuine, excited, and likable Charlie was to remember to take pictures. While it’s really far away from home, I plan to make it back over there to thank him for his hospitality. If you live near his shop on the east side of town, please go keep him in business!

Hunger started to set in and I remembered that Lucky Wishbone was on the way home (sorta ;)). So we stopped in for some of Tucson’s best chicken/steak fingers and fries. It was the kids’ first time and they were in heaven. 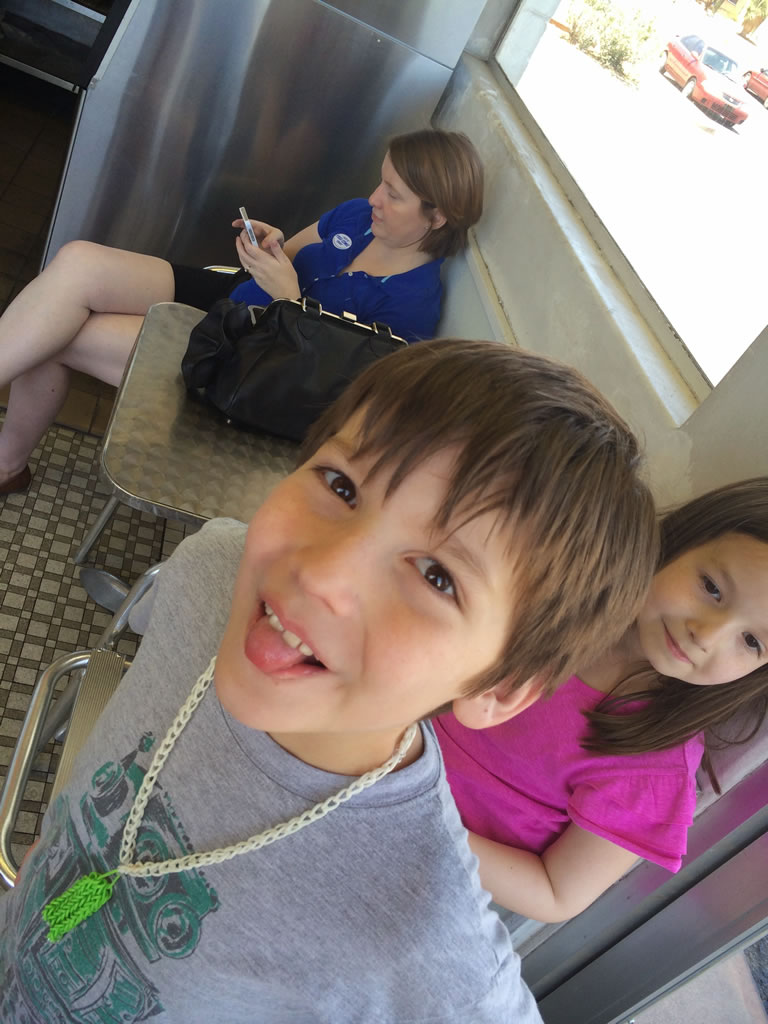 In the end, we didn’t find some of the comics we were hoping for, but had a great time hanging out together and getting to do something we don’t normally do – come home with a big pile of new comic books! 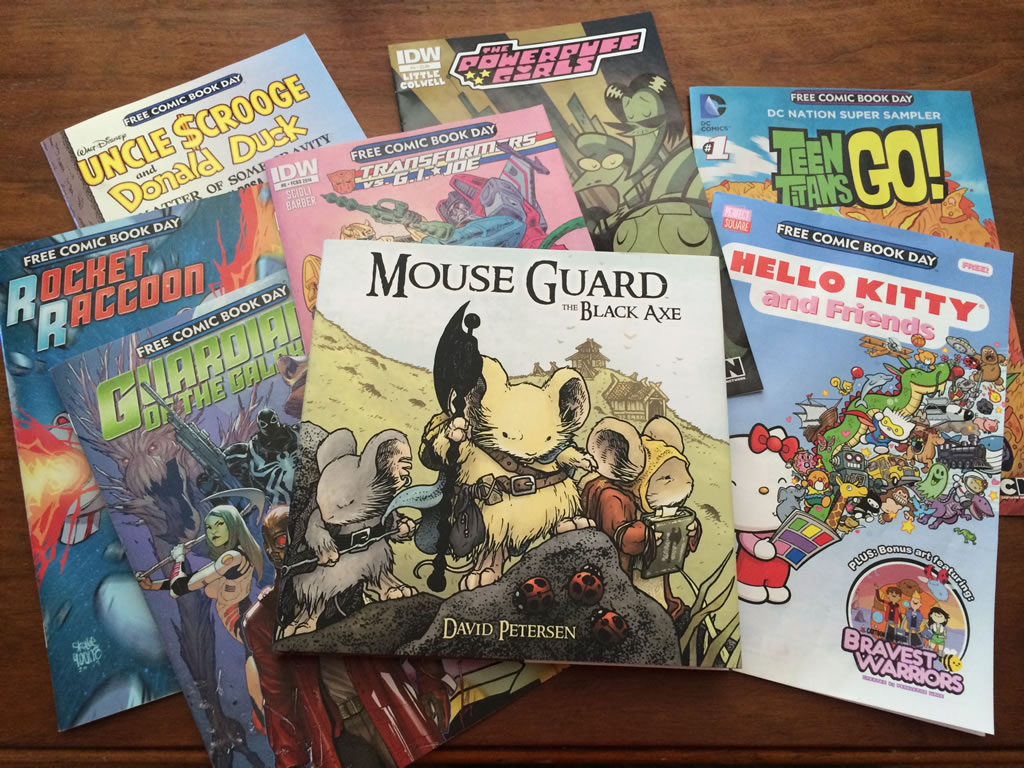 And finally, Joey was able to ignite his Otter Pop Light Saber! 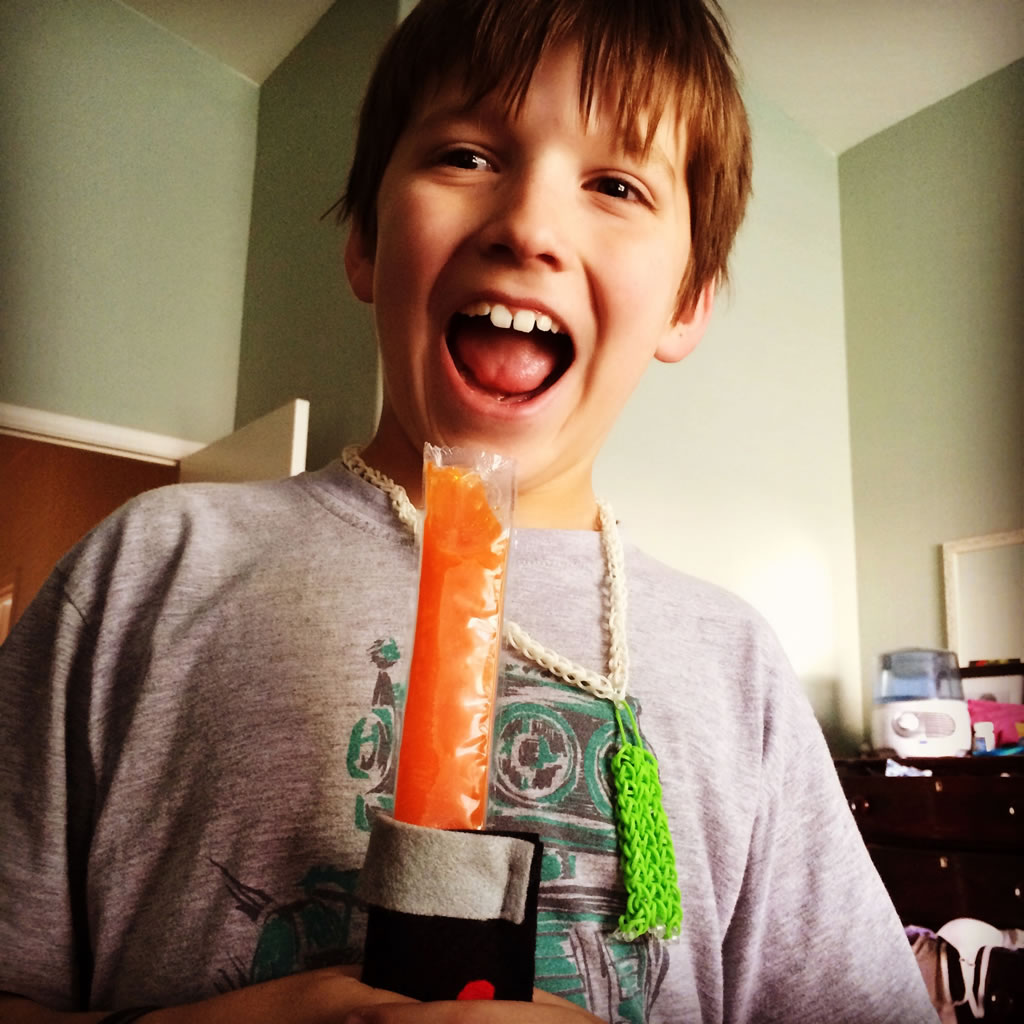 Wish I had this 6 years ago!

I saw this in the toy section the other day while browsing with my son. It had me drooling. Looks like Amazon’s got it going for $30 off! If I pull off a job soon, this may have to be a Christmas present to myself. 🙂