November was too much for me. With the Melanoma Walk, several family birthdays, a huge project launch at work, and Thanksgiving tomfoolery… I wasn’t able to pull off my goal.

I blogged on 10/30 days. Well, that’s if you count this post. I guess, I’ll challenge myself to write more in December.

Last time we ordered pizza, we requested they write a joke on the box. 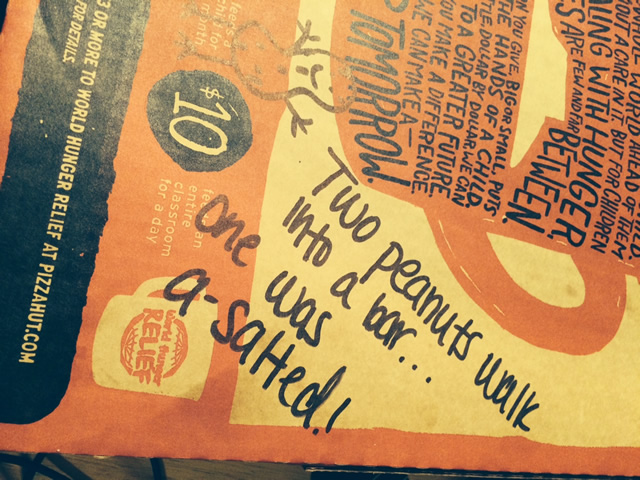 Yesterday evening, my wife pointed out our kids quietly playing Xbox together – beautifully – on the couch.

I thought I could sneak over and grab a photo or two… turned into this goofiness.

(Apologies for the tiny image… had to make it small to keep the filesize down.)

Sounds good to me! My family has enjoyed an Amazon Prime membership for several years now. It just seems to make a ton of sense for our needs. Although, it’s still strange that I can go to the same place to get coffee delivered on a regular schedule (Subscribe & Save FTW!), garage door opener parts, clothing, Christmas gifts, and streamed movies. Needless to say, we do a decent amount of shopping at Amazon.

This showed up in my inbox the other day: 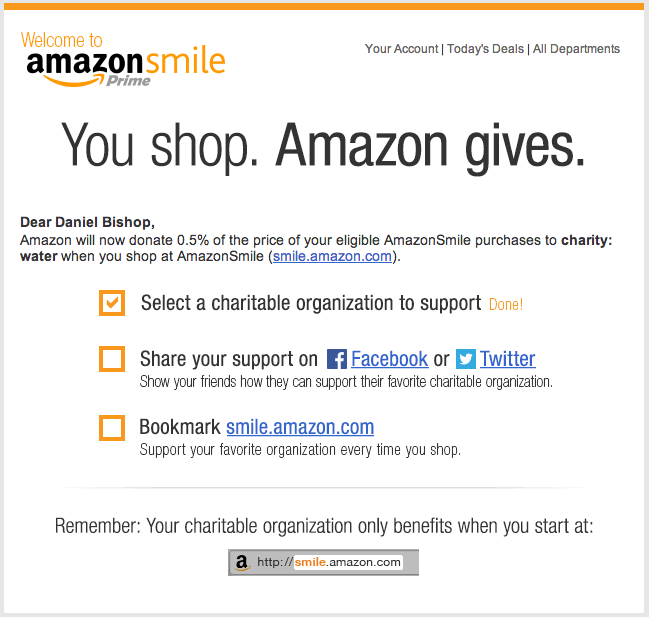 After getting a few questions answered through their FAQ, it really sounds like a no-brainer. I realize that each donation Amazon contributes is only 0.5% of the purchase price of the item… but, I’d imagine the benefiting organizations will be smiling.

AmazonSmile is a simple and automatic way for you to support your favorite charitable organization every time you shop, at no cost to you. When you shop at smile.amazon.com, you’ll find the exact same low prices, vast selection and convenient shopping experience as Amazon.com, with the added bonus that Amazon will donate a portion of the purchase price to your favorite charitable organization. You can choose from nearly one million organizations to support.

I quickly signed up and selected the charity: water project to donate to. Feels good. 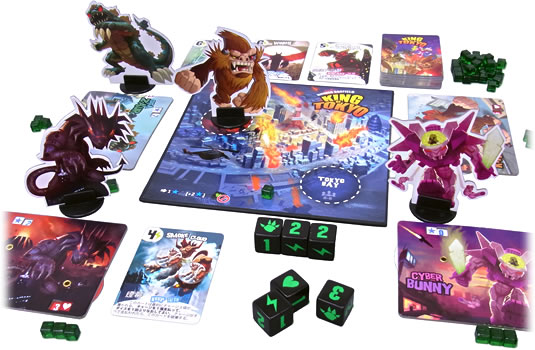 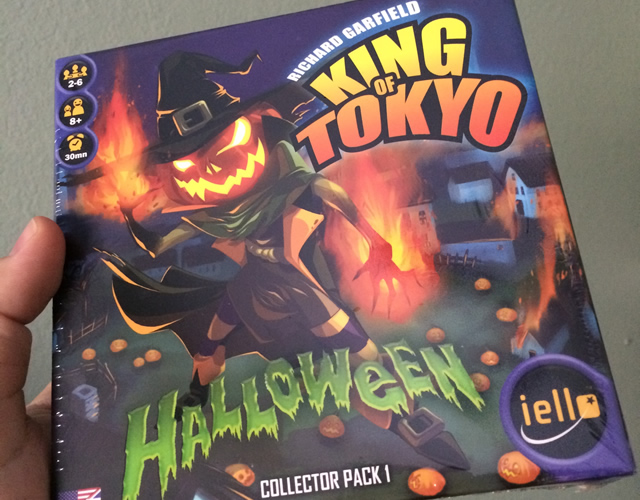 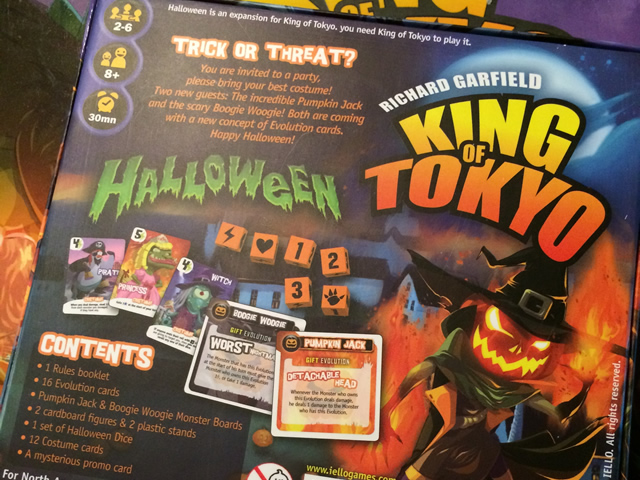 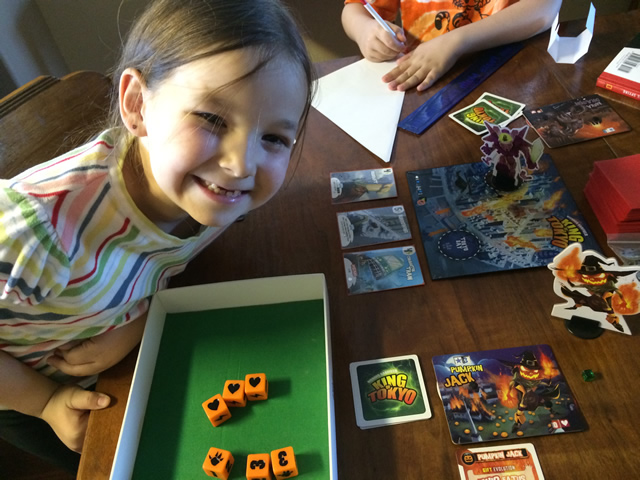 I’ve been building a new version of my employer’s Intranet. One of the new features I added is an Employee Directory (Goodbye ridiculous Excel file w/ 5 tabs and the headache it was to maintain it!). Unfortunately, in demoing it to a few folks, the common complaint was that the phone numbers were displayed in a format that was difficult to read — especially when looking at row after row of them.

I really wasn’t looking forward to touching each record in the db to correct the phone number format. I wondered if I could fake it w/ some javascript after the page loaded.

With jQuery, I search for table cells w/ the title attribute containing “Direct”… and for each one, I filter the text of the cell through a new nicePhone() function.

Then, of course, I run across this today: formatter.js

We had a great turnout this year and all told, it sounds like all the teams raised a total of $50,000 for local melanoma research.

Say no to tans and wear your sunscreen, people.

While it’s been really rough at some points in this roller coaster ride since Martha’s diagnosis in 2009, we’ve been covered by the grace of God and surrounded the the love of many. Over the last four years, it’s really overwhelming anytime I think of the hugs, meals, gift cards, rides, emergency kid coverage, hugs, hangout sessions during Martha’s surgeries, shirts, car repair assistance, hugs, support from co-workers, laundry, house cleaning, more hugs, phone calls, texts, emails and other acts I’m a terrible person and failing to recall… It’s wonderful doing life with you friends and family. You take us out of the dips in our roller coaster. 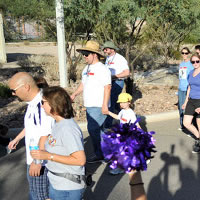 At last year’s walk, Team Mela-NO-MAS! had more than 70 people walking. That was awesome. This year, at last count, we’re up above 100 (even a few in other parts of the world! Long distance hugs, Semmens family!) We’re so encouraged.

In a few hours, my family will head down to The University of Arizona Cancer Center – North Campus to join hundreds of other people in an effort to raise money for local melanoma research – Melanoma Walk ’13.

Melanoma really is a black beast. Say no to tans and wear your sunscreen, people.

So, it’s been a while since I’ve posted an entry. I’m honestly overwhelmed by all that’s gone on since the last entry in late-July. Looking ahead, November is a really fun month for me. Both my wife and I celebrate birthdays this month. We have the Melanoma Walk 2013 coming up tomorrow! Thanksgiving is always a good time…

I’m on board. I’m aiming to post at least once a day. I’m going to give myself the freedom to post an interesting image from time to time and let that count as my post. But for the most part, I’m planning to write.

We’ll see what comes of it.