I got sucked into a new iOS game today.

While waiting for my wife to finish her CT scan this morning, I ran across a tweet promoting the game’s new price today – Free. That’s a tough price to pass up. 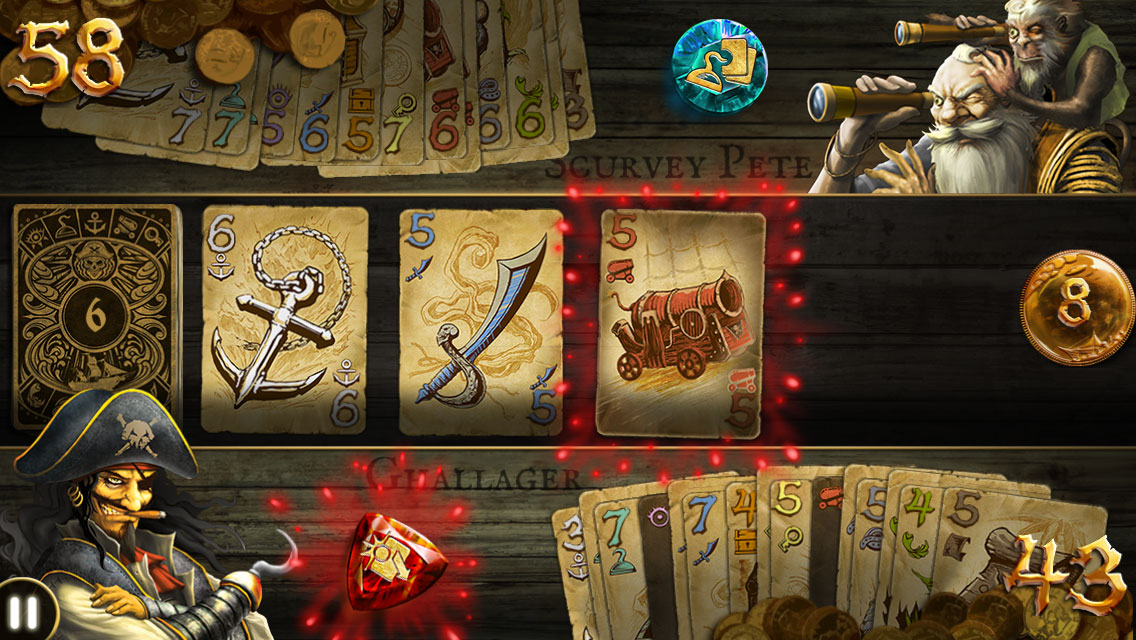 Dead Man’s Draw is a two player, pirate-themed, push-your-luck card game. You draw cards – if you dare – until you draw a card with the same suit as one of the cards you’ve already drawn. I guess it’s the opposite of a set collection game. 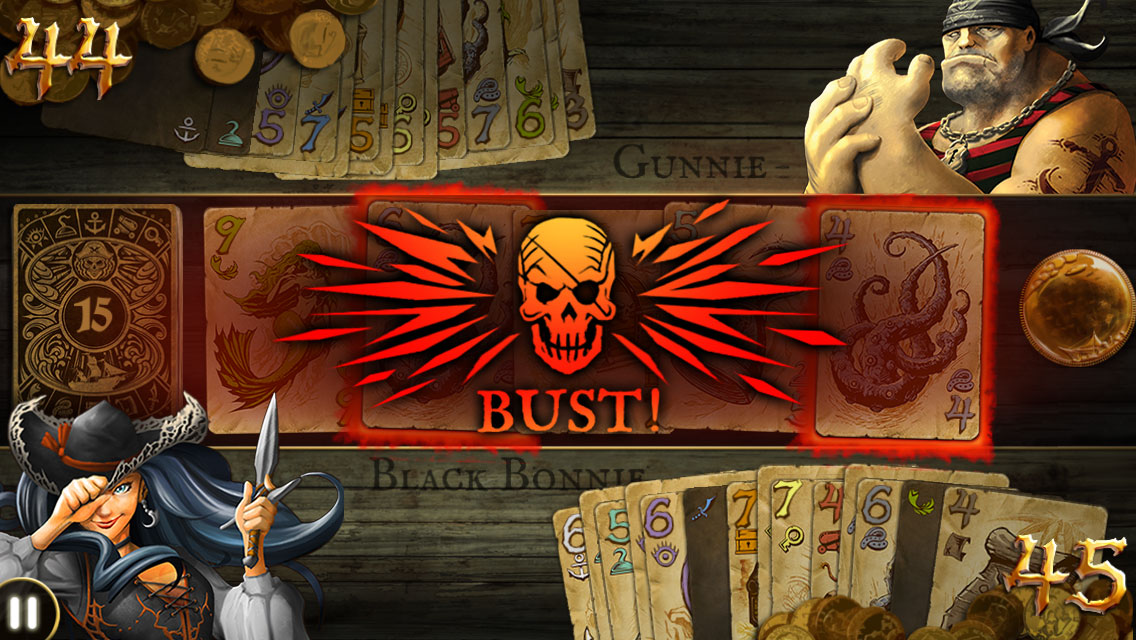 The app does a really good job of starting you off with the simplest form of the game and then layering on new card mechanics as you progress. For example, one of the suits (Mystic, I think?) lets you reveal the top card of the deck before you draw it – giving you the chance to avoid busting. Another suit lets you discard a card (or later, all cards of that type) from your opponent’s hand.

Aren’t you proud of me… No lame pirate jokes in this whole write-up!