Today in ‘people telling you what you should probably already know’, working late is a terrible idea and you should never do it. Unless you have to, in which case: you have to. 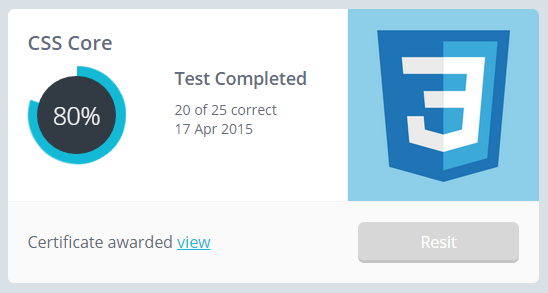 Wow! I saw this link go by on Twitter this morning before I was headed to work and made a mental note to take a peek during my lunch break. I’m so glad I did.

Chris Coyier is someone I’ve been following around the internet for several years. His CSS-Tricks site, and CodePen tool have been extremely valuable to me over the years and the ShopTalk Show podcast he hosts with Dave Rupert is one of the few I’ve remained subscribed to for any length of time.

In Envato’s latest “Made By:” episode, we feature web designer and author Chris Coyier, best known for CSS-Tricks, CodePen and the Shop Talk Show podcast. Now living in Milwaukee, Wisconsin, Chris gives us a unique look into his life.

It’s so cool to get to peek into the day-to-day life of someone I have a ton of respect for.

Turns out I’m a fickle developer that wastes some time every now and then jumping back and forth between Sublime Text and Brackets. I’ve been on a Brackets kick for the last couple weeks and figured I’d make note of my favorite extensions.

Brackets is an ever-evolving, freely available, open source, cross-platform editor being developed and maintained by Adobe + a community contributors. It launched with some great features a while back and is maturing at at great pace.

Recently, over at Learnable, @lcatdesigns put together a 10-minute video of her favorite parts of Brackets. It’s worth a watch if you’re new to Brackets.

This one is more of a novelty, but quite cool. Brackets-Wakatime allows you to automatically track what you spend time on within Brackets (or in several other editors, really). Pretty slick.

I’m excited to be moving this site (and the wife’s) to a new host later this week. I’ve been relying on them for about a year for a work project and I’ve been really impressed with features, user community, and especially the price. Spun up a new droplet (virtual server) this evening. 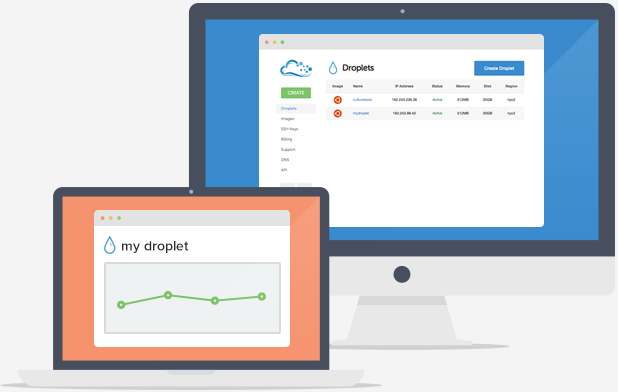 Like many WordPress developers lately my day starts and ends with Varying Vagrant Vagrants. VVV’s really worth a look if you’re still working with MAMP, WAMP, XXAMP, or something similar. Truth.

Alison Barrett‘s vvv-site-wizard tool is the hotness. And despite what was preached at our local WP meetup… It does work on Windows.

Problem 1: guest additions do not match!

VVV relies on VirtualBox and Vagrant. I encountered some trouble w/ a sub-part of the puzzle this afternoon and I figured I’d share my adventure. Over the last couple days, I’d been noticing this fly by in the console during my morning vagrant up… 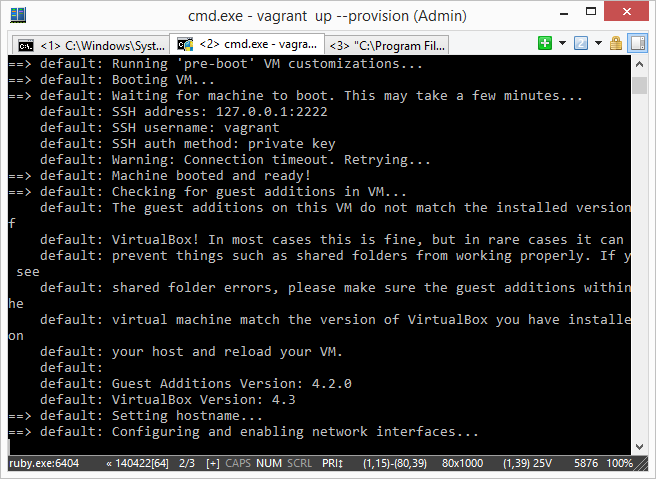 Me: “Crap. Maybe I should think about updating that… I guess.”

Thankfully, there’s a plugin for that – vagrant-vbguest! 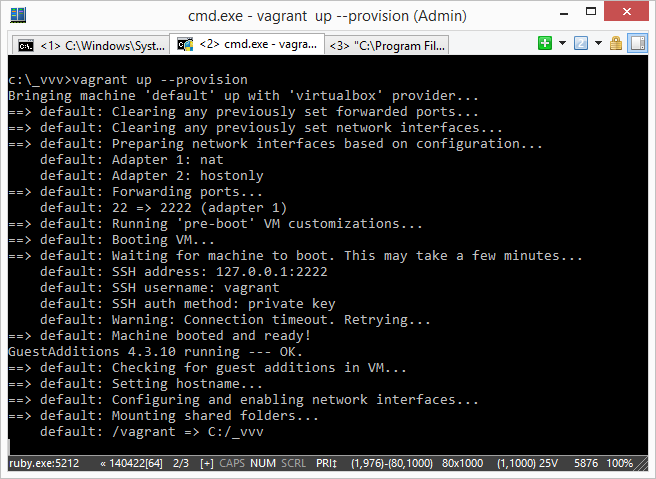 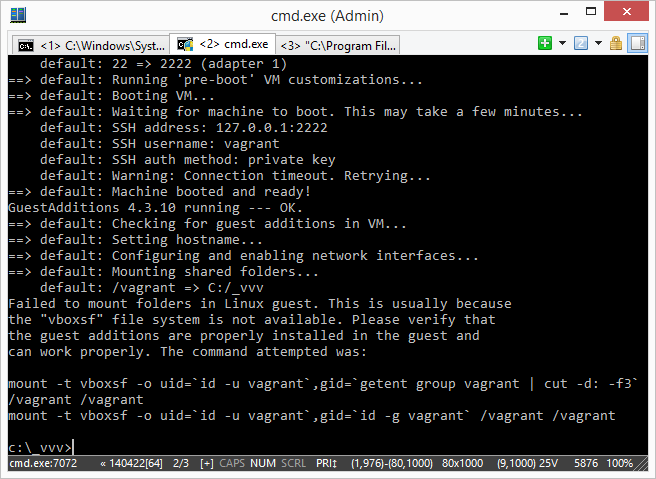 My VirtualBox GuestAdditions were successfully updated to 4.3.10. Unfortunately, there’s a known bug in that version that prevents mounting shared folders (Note: this will be fixed in 4.3.11). Subtraction. It’s what I literally uttered as an expletive this afternoon. Had I run across the vagrant-vbguest Issue before installing, I would have waited.

At this point, now my vvv environment wouldn’t fully load w/ a vagrant up.

Thankfully, the fix for this subtraction was found in that GitHub issue I linked above. Felix Rabeprovided (and cited) a solution that worked perfectly for me.

In my case, it was opening a PuTTY session to the vagrant box.

Then, outside the VM:

For me, it reloaded successfully, but my dev sites weren’t functioning (MySQL failures) until I ran:

I was back up and running!

Discovered a problem that wasn’t really affecting me. Decided to fix it; caused major breakage – halting my work day. 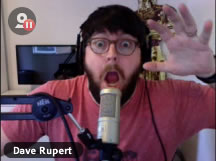 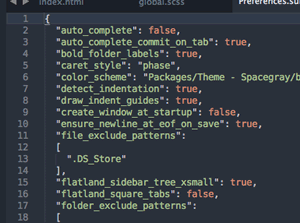 I ran across a really exciting post from Dudley Storey this morning that walks through what may come to web developers – at least the CSS side of things – in the next year.

Of the features/items he covers, I am really looking forward:

I’m mostly posting this as a reminder to myself that I have my config backed up somewhere. 😉

That being said, I’ve found other folks’ Sublime Text 3 preferences really interesting. So, for bits and giggles… here’s mine: