Learning a new board game can be tedious. Thankfully, it’s usually offset by the anticipation of playing for the first time.

The game is great; the rules are disappointing.#

I was excited to get my copy of Pint Craft1, but that excitement was dampened when I opened the box and discovered the rulebook. Now, the game components (cards and tokens) are really great! But these rules, oh man… They’re printed on card stock which makes it impossible to leave open on the table in order to glance at them while you look through the game components. Additionally, there are cross-references to different page numbers that don’t actually hold the content that you’re looking for. After encountering this, a wish enters my mind — to be able to read the rules text (and search!) on my Kindle (old grey, keyboard version). 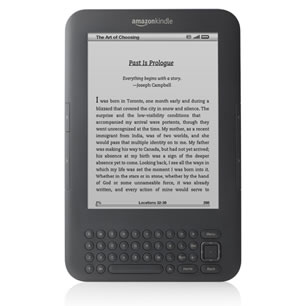 How hard could it be?

For Kindle users, Amazon creates an email address for users to easily send themselves documents using a method they’re already familiar with — email attachments. It’s a great idea and it’s worked well in the past. However, since the game rules for Pint Craft are laid out in two colums on landscape, the emailed file doesn’t translate well once it arrived on my Kindle. It was nearly impossible to read.

Since the columns seemed to be the problem, I decide to convert the original PDF to a Word doc and get rid of the columns.

After a few minutes, I remember just how much I abhor using Word — for anything. Yuck.

Assuming there’s had to be a better way to do this, I started searching for another approach. Much to my surprise, I stumbled upon Amazon’s publishing tools which includes a command-line publisher, an InDesign plugin that allows you to publish to Kindle-friendly .mobi format, as well as a previewer. Score!

Wow. So, I download & install both the plugin and the previewer. I race through getting the original PDF contents copied into an InDesign document. I came across a video on Lynda.com that walks through the automatic generation of an extremely useful Table of Contents based on document styles. It worked surprisingly well. I was also able to resolve the problematic cross-referencing by creating bookmarks directly to content/sections where required. The whole process of publishing was very technical but I ended up with a nicely formatted, easy-to-read .mobi file that I was able to email to my Kindle. With Amazon’s Kindle app being available on a plethora of devices2 – making the rules available in this format would make really readable rules available almost anywhere!

In the future, I might consider doing this to a couple other games that have lackluster rulebooks3. One thing I’d really like to do is include higher-resolution images in the Kindle versions… Perhaps I can beg them from publishers in exchange for offering .mobi file to them?

Of course, about two days after I finished doing this, the creator of the game – Nick Hemholdt – sent an email to all the Kickstarter backers with some rules clarifications/corrections. I wondered if I should have just done all of this in a format that I’m more comfortable with from the beginning.

There are two ‘epub engines’ that I know of at this point. Calibre and Amazon’s KindleGen. I’ve decided to mark up a base .md document and then test out publishing with both just to see what the differences are. I’m throwing these links here for my own good… I’ll update this post once I’ve given them both a shot.

I’m no snooty reviewer of games, but boy-howdee will I play them. Now that I’ve gotten extremely familiar with the rules, I must say Pint Craft is rather enjoyable – especially with some actual beer. 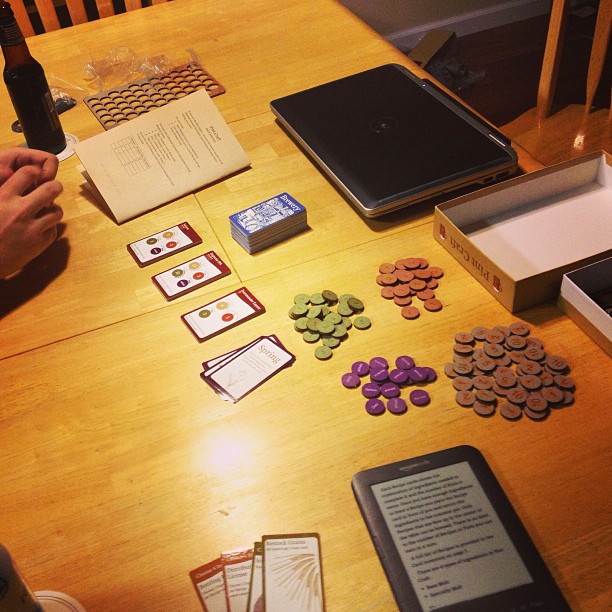 Speaking of… I’m pretty sure there’s a Sam Adams’ Cream Stout in the refrigerator calling my name.